There are also download links for each line on the Invoice Worksheet if you only want to download the backup document for a specific line.  The backup files are named in a way that makes it easy to identify which worksheet and line they're associated with. 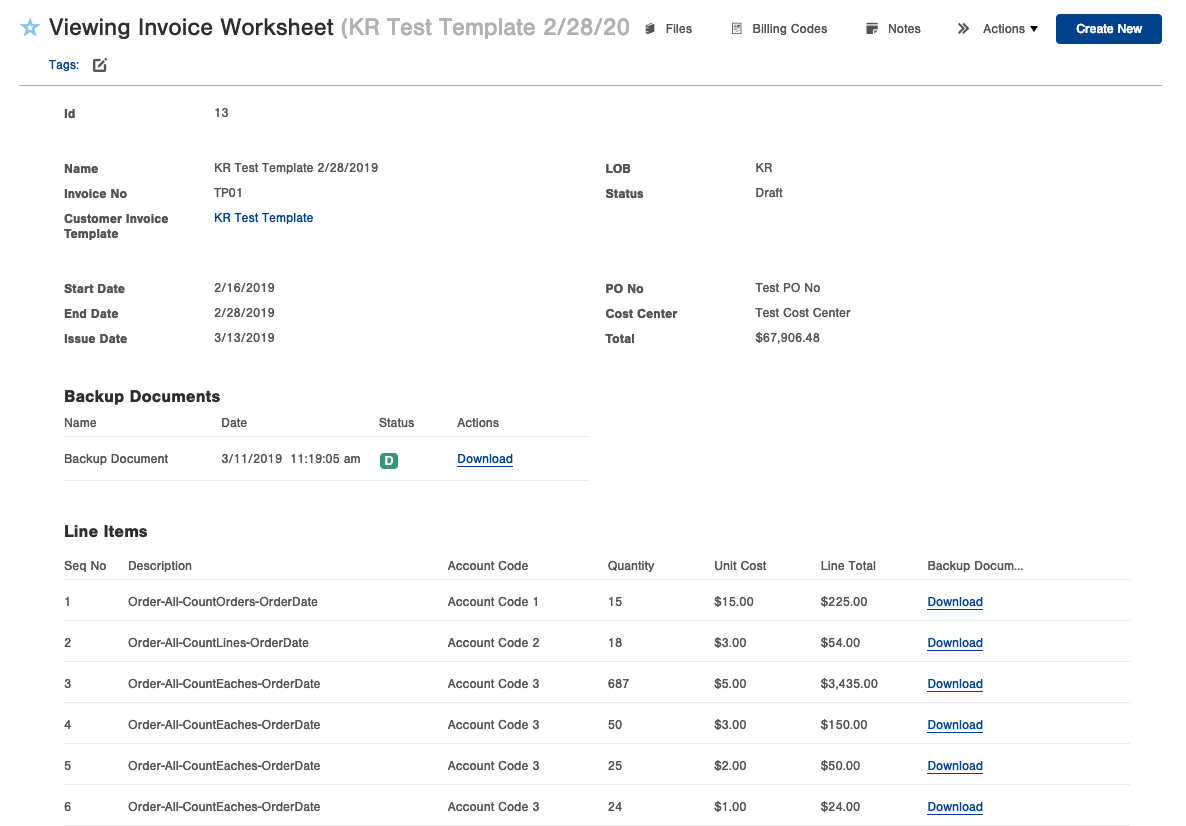 In addition to the columns from the activity source (which is the Order table for the 6 lines in the example above), the backup documents also include a column at the end called Extended Charge.  This column indicates the cost associated with each line in the backup file.


Infoplus scripts can also interact with the Extended Charge column to customize how it's being calculated.  For more information, see our article on Using an Infoplus Script to Customize 3PL Billing Invoice Worksheets.