Use Infoplus Scripts to customize 3PL billing invoice worksheets to fit the needs of each unique client.

Please Note: Due to the ever-changing nature of writing and maintaining scripts, Infoplus does not provide support in this area. We recommend someone in your IT Department handles scripting requests internally so that you keep all control over the process.


A script of this type has the following variables available:


utils - object with the following methods:

.log(message) - add a line to the Script Output's log.

.getInputEntities() - returns the list of objects that were used for calculating the data in the orignalLines.

.getInvoiceTemplateLine() - returns the Invoice Template Line for which the original lines were generated.


infoplusApi - object which provides access to the Infoplus API, specifically, with the following methods:

.getById(type, id) - get the record of the specified type identified by the id.

.getTags(type, id) - get the tags from Infoplus for the specified record.

.constructModel(type) - used to construct an API model object of the given type.

- See the https://developer.infopluscommerce.com/ for more details.


Here's an example 3PL Billing Invoice Worksheet Customizer script.  This example script counts up the number of cartons that were shipped using a 3rd party account, then modifies the billing OrderActivity rows, setting an extendedCharge for each one.  The script also modifies the invoiceWorksheetLine by setting the quantity and extendedCharge. 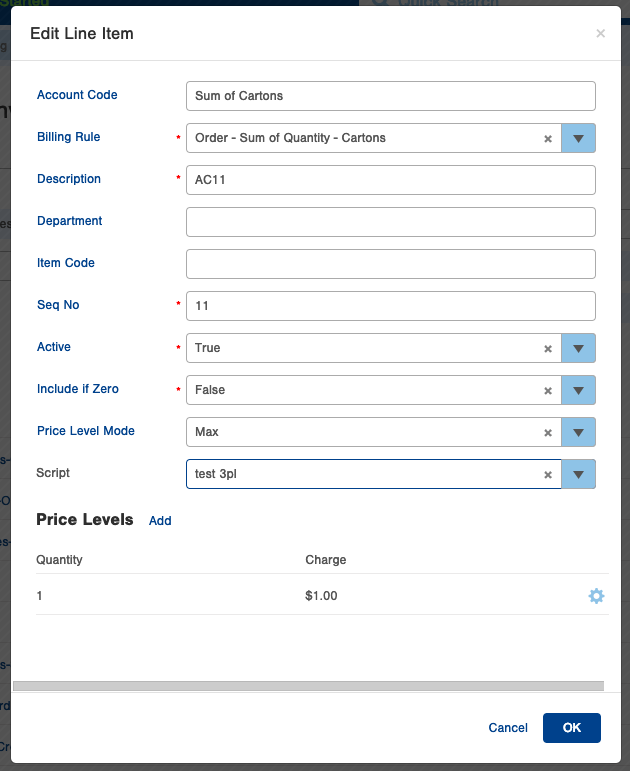