How to Set Up a Reminder to Re-Run a Script

Implement a reminder to re-run a script by adding some code to your existing scripts.

Any script you add in Infoplus, you can add in some code to alert you to re-run the script whenever you choose. Think of it as a way to automate (somewhat) running a script. This article will walk you through how to set up an alert to remind you to re-run a script at a certain time.

First off, wrap any code in your script in a try/catch block, like below. In that catch block, you should be able to use the Infoplus API to create an Alert.

When you add the code above to a script, it should create an alert record in Infoplus anytime a script has an error.

1. With that in place, go to your dashboard in Infoplus and click the gear icon in the "Alerts" section to manage alerts.

2. From there, you can then click on the type of alert, "Trigger" in this case, and select that you would like an email for "Error" (and also add to dashboard if you would like).

3. Then, when that script runs and has an error, the alert should be created via API, resulting in an email being sent with the details. 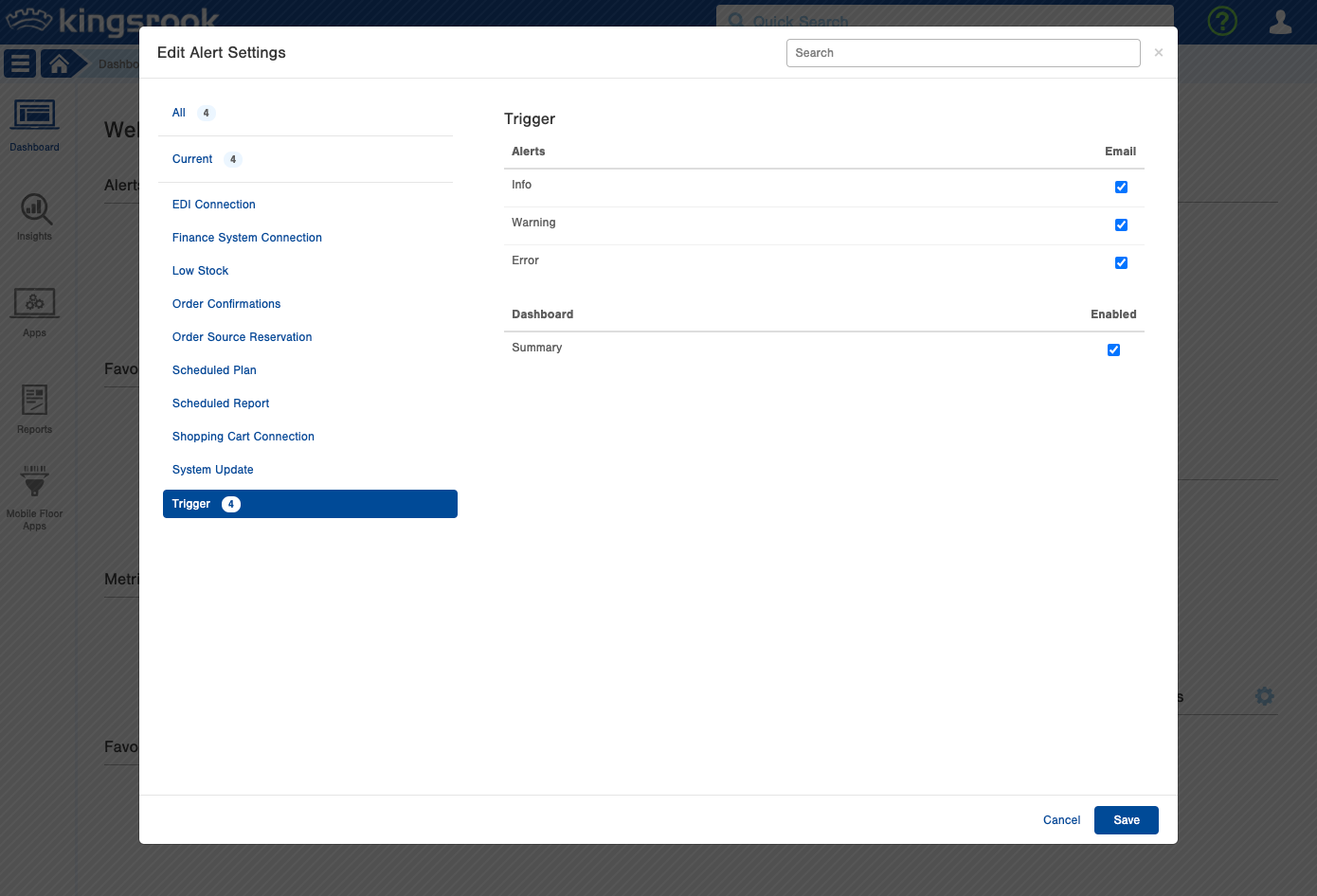