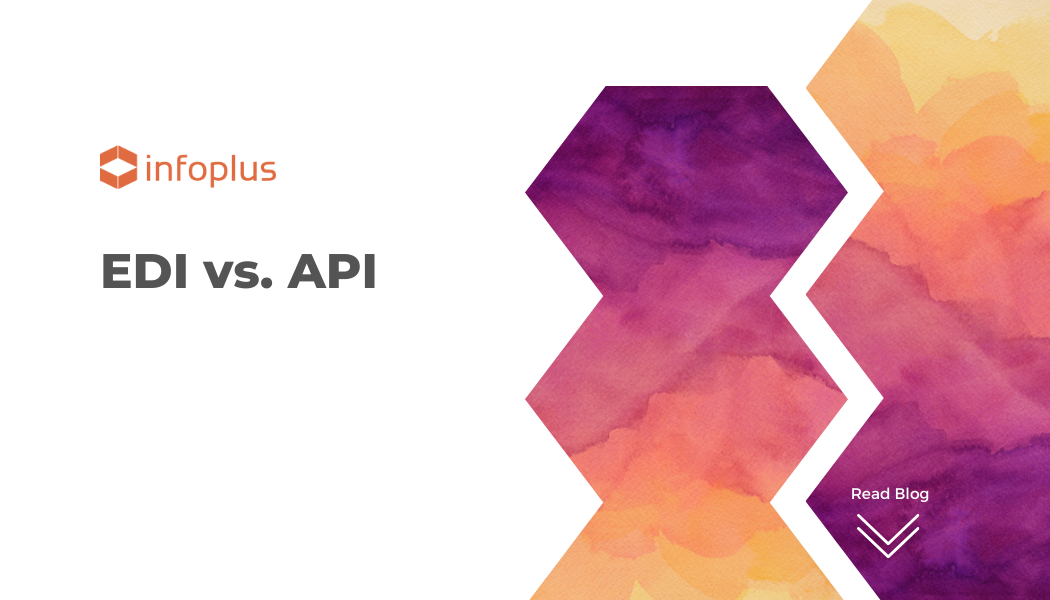 EDI and API integrations are the two primary options when it comes to connecting supply chain partners. They both allow relatively quick exchanges of information between partners, facilitating effective communication during the supply chain management process. Even though both are widely used for similar purposes, they are not exactly interchangeable. Before committing to one or the other, it is important for business leaders to understand whether API or EDI will offer the most precise fit for their needs.

EDI vs API At a Glance

Pro Tip: Asynchronous data is data that is not synchronized when it is sent or received. This usually refers to data that is transmitted at intermittent intervals rather than in a steady stream, which means that the first parts of the complete file might not always be the first to be sent and arrive at the destination. Synchronous data is data that is sent as a continuous stream and is accompanied by timing signals to ensure that the transmitter and the receiver are in step (synchronized) with one another.

To understand the differences more completely, it helps to examine API and EDI independently.

How Does an API Work?

API (short for Application Programming Interface) is an intermediary that allows web-based applications to communicate with one another. This communication happens over the internet in real-time, and it does not require manual intervention. For example, a retailer may have an API connection with a supplier partner to create a dashboard showing the supplier’s remaining inventory for each item. The dashboard will update immediately and automatically as the supplier’s inventory is depleted or replenished.

Pros and Cons of APIs

When compared to EDI, there are some key advantages and disadvantages to using an API connection. Many of the strengths and weaknesses relate to the nature of an API as a real-time, web-based connection.


It is possible to contextualize these advantages and disadvantages by comparing API to EDI.

How Does EDI Work?

For those who work in logistics and supply chain management, it’s important to understand what EDI is and how it works. It’s the most common method big-box retailers use to transfer information back and forth with their supplier partners.

EDI data exchanges can occur via various pathways including peer-to-peer networks and serial links. Many EDI connections occur over the internet, though that isn’t necessarily a requirement.

Think of it like morse code. A message is determined and then translated into morse code to send it, then the recipient needs to take the message and translate it back to their spoken language to understand it. For a deeper understanding of this process, it is helpful to know what EDI is and how it works.

Pros and Cons of EDIs

EDI is still a staple in the logistics world. This method of transferring data does have its own advantages and disadvantages compared to API, and it is worth recognizing the pros and cons.

Benefits of EDI
Disadvantages of EDI


Given the advantages and disadvantages of both options, the choice between EDI versus API depends on the situation.

When to Choose EDI vs API?

The primary advantage of API over EDI is that the connection is far easier (and therefore less expensive) to maintain. With an API, business partners can essentially “set it and forget it.” Still, many big-box stores prefer EDI for the same reason many financial organizations still use COBOL: It has been around for a long time, has always worked, and still does. API has started to replace EDI in some situations, but EDI is still the industry standard because of its reliability and security above all else.

Ultimately, the choice between API and EDI comes down to the specific situation. Typically, the most influential factor in the decision process is if the business you are partnering with already utilizes an EDI connection.. For example, many big-box stores still insist upon EDI, while other businesses have made the leap to API. Big-box retail stores have the negotiating power, so they set the terms, and their suppliers have to adapt accordingly.

Precision-Engineered Logistics Software Can Ensure Same-Day Processing for All

The Business Case for APIs--Especially for Logistics

What Can I Do With An API?