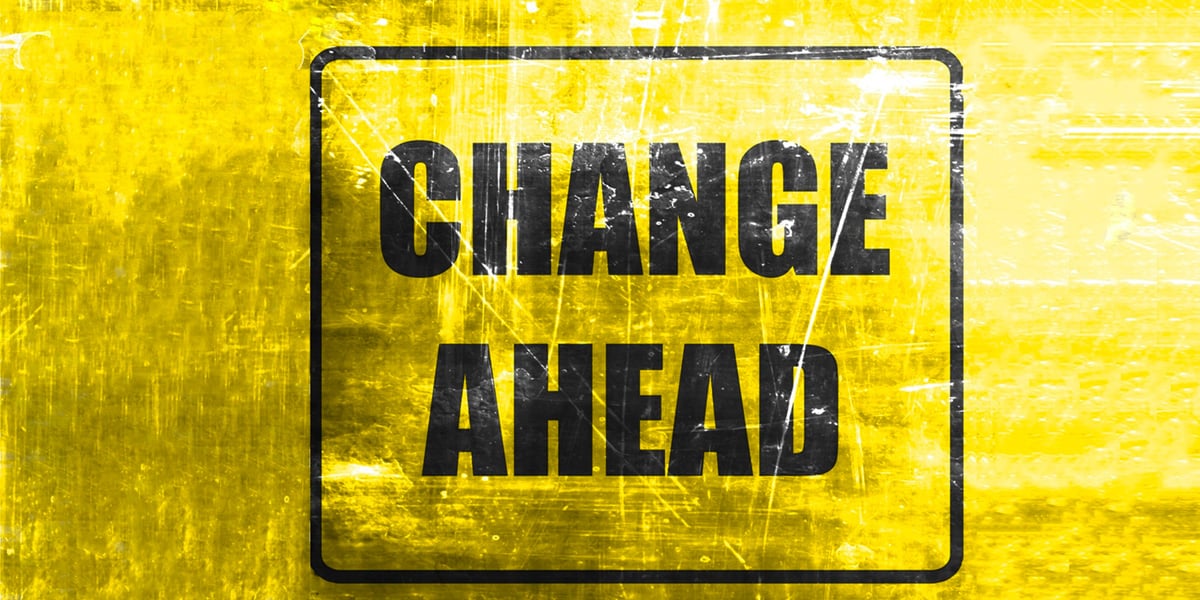 Change is a popular topic for two main reasons:

So business leaders feel the urgent (and real) need for change -- and yet initiatives to do things differently fizzle out before they can truly reach their potential. It only takes a few failures before the organization is blamed for “resisting change.”

Catastrophic change is where an organization needs to suddenly shift to an entirely new way of doing things. It happens all-at-once and tends to be driven “top-down” from management seeking “the next best thing.” This is the change people expect, because it’s the kind of change that grabs news headlines and gets talked about in management consulting books.

The problem is, when there is a catastrophic change in an organization, processes get disrupted. The change itself might work for the betterment of the company, or it might not — but the disruption will last no matter what happens. That disruption ripples outward, affecting people and process not directly touched by the initial change.

So people are right to be cautious about that kind of change. It’s like open-heart surgery: The critical system in question (the heart) literally has to be put on hold (stopped) while the rest of the organization (the patient) is put on life support. And like open heart surgery, there is a lot of trauma involved and a long recovery period.

Evolutionary change is different: it happens in more gradual steps, with old and new systems working side-by-side. At each step, potential improvements are tested and vetted before putting the next set of changes in place. This kind of change is more like eating healthier or gradually quitting smoking: the organization can keep doing what it’s doing, but avoid future trauma by making a series of small, incremental improvements. It’s not a change in systems so much as a change of lifestyle.

There are examples of this kind of change all around us. We see it in agile software development and agile marketing. We see it in engineering and in fashion. And, of course, we see it all the time in nature. Evolutionary change is everywhere because it allows the old and the new to exist side-by-side. Disruptions are kept small, while innovation is allowed to build exponentially.

At Infoplus, we take the idea of evolutionary change to heart in the way we create systems and roll them out in the real world. Take, for example, order processing. There are a number of things that need to happen once an order leaves a customer’s online shopping cart. That information needs to be routed to any number of systems, most important of which is the software that is used to track inventory and get the order processed and shipped. Catastrophic change here would mean literally putting business on hold for days in order to accommodate a system switchover. That’s not something businesses can do in the age of Amazon.com.

Instead, Infoplus makes it possible to bring capabilities on board one at a time, side-by-side with existing systems. When implementing Infoplus, order processing can be routed using whatever data systems or proprietary software already exists so that, if there is a hiccup, the order will still be processed. As users adapt to the new system, they can elect to use it more and more until the old system can be retired--bit by bit. That's evolutionary change.

So, despite what the change management gurus tell you, enabling change does not require anything radical. Your organization does not need a “change leader” or an “internal champion”, nor do you need extensive team building exercises and communications.

All you really need is a way to bring small, systematic changes to bear on your processes -- and enough people believing that things can be better. Anyone can help an organization evolve for the better. With the right tools, change will begin with the first step.

Technology Could Be the Key to Surviving the Holiday Rush

Precision-Engineered Logistics Software Can Ensure Same-Day Processing for All