The Changing Face of Devices in the Warehouse 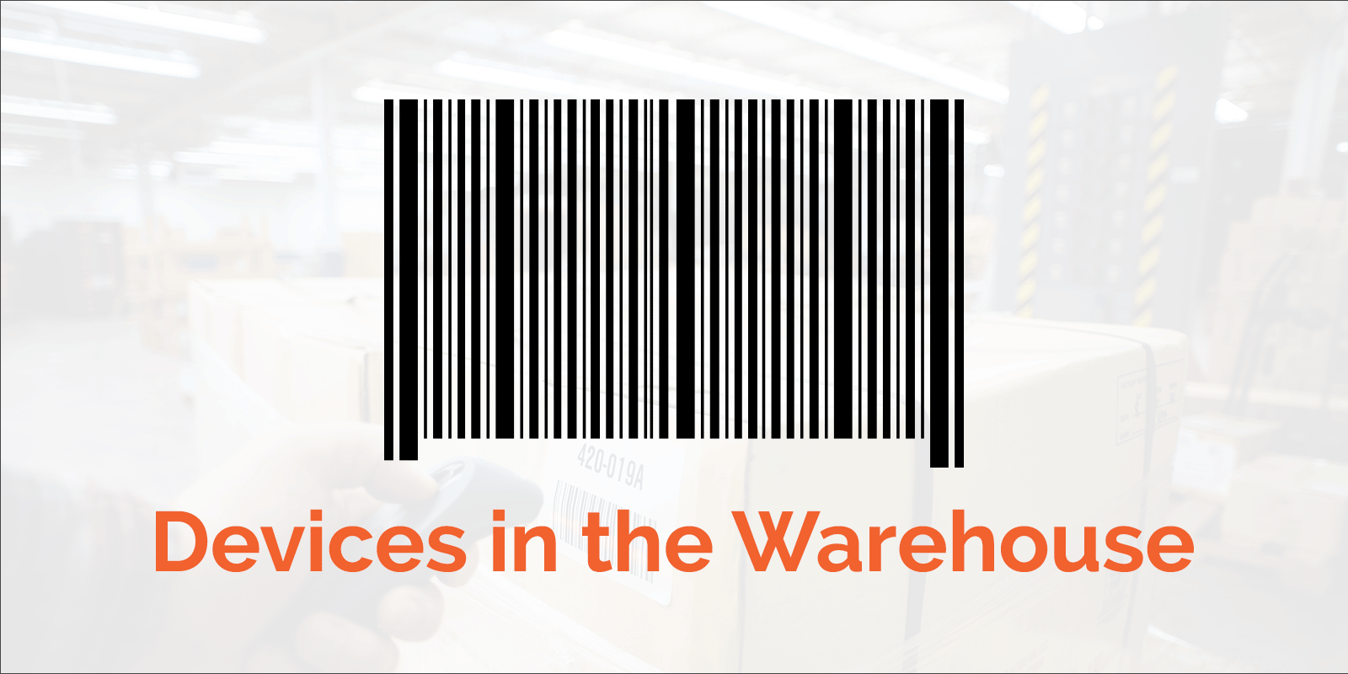 Many warehouse operations—receiving inventory, recording shipments, tracking stock movement, and so on—are now done digitally. Not too long ago, the main issue facing warehouse managers when it came to digital was deciding which proprietary system would be best for their warehouse operating environments. Then two things changed.

First, the world went mobile: iPods, smartphones, and tablets took the market by storm, meaning that small computer-like devices were commonplace. Second, companies began moving more and more of their IT functions to third party vendors both to save money and to keep up with the latest technology. This made in-house IT expertise a rare commodity.

With these two factors playing out, it has become all-too-natural to ask how smartphones could be used as a cheaper, more familiar alternative to bulky and expensive RFID guns that were a fixture in most warehouses. Take, as a prime example, this question posted to the online forum Quora:

“RF guns vs. Android smartphones for picking and warehouse operations: What factors other than the device cost should I consider when deciding between the two? We need to decide which devices to invest in for our e-commerce warehouse operations. I’m reading that Android smartphones are much cheaper than traditional RF guns, that they are lighter, easier to use for the associates, etc. But is there really no loss of functionality VS the RF guns, or other balancing factors in favor of RF guns?”

Again, the question is natural. But it is entirely the wrong sort of question to ask.

If we look at the ways that technology for managing warehouse operations has evolved over the past few years, we can begin to understand why:

There are many more types of mobile device than just smartphones.

iPhones and Android-based smartphones are just two types of mobile device that have become popular over the years. There are also iPods, iPads, Android based tablets, and even wearable mobile devices. These mobile devices all have very different form factors.

Even within device categories there are major differences. There really is no “typical” smartphone anymore. A smartphone released today has more differences with one released five years ago than with today’s small tablets. Devices differ in size, storage capacity, camera quality, number of ports, touchscreen sensitivity, and a number of other factors. All this means that a straightforward comparison to “smartphones” or “mobile devices” is bound either to be superficial, or else over-generalize. Either way, the comparison is not helpful.

Years ago, using a mobile device in a warehouse meant using a smartphone to scan barcodes—a difficult task, given that the average camera on a phone was not designed specifically for that purpose. Today, a number of options are available for adapting mobile devices to warehouse tasks and environment:

This means that mobile devices are becoming more “gun like,” erasing the major differences between them and traditional RFID guns. (At the same time, RFID guns are becoming less expensive and less bulky as vendors try and compete with the mobile solutions market.)

…which means that software is what matters most.

What unites the various kinds of device and their add-ons are the Operating System (OS) types they run. Most devices run a version of either Apple’s iOS or Google’s Android system. Individual apps will run on one of these two systems, and many different kinds of devices—both mobile and non-mobile—can run on each.

While smaller individual apps are good for smaller operations, larger facilities need a more robust WMS. Whichever WMS is used will have to be compatible with these operating systems, seamlessly integrating scanning and counting with other important functions.

And much of this reflects changing attitudes towards IT.

Much of the appeal that smartphones initially had stemmed from the changing role that IT departments were playing in large organizations. Many facilities saw RFID guns, with their specialized hardware and proprietary software, as large capital expenses that required sizeable IT departments to maintain. The hope was that switching to mobile devices would mean cheaper hardware and more options in terms of software.

These kinds of decisions were (and are) being made against a background trend of companies shedding their IT departments, choosing instead to purchase IT services from 3rd party vendors on an à la carte basis. With fewer in-house IT resources, warehouse manages have been on the lookout for ways to offload updates, maintenance, and repair.

The shift has become even more pronounced with the cloud. Cloud software allows updates to be made on an ongoing basis, meaning minimal disruption of normal operations and a guarantee of up-to-date software. Instead of deploying software solutions on local servers (which need to be maintained), software is hosted off-site, usually by the software’s creators. This has resulted in IT personnel being less involved in maintaining WMSs and inventory systems, and more involved in strategic direction (for example, supply chain planning).

New Questions: Does it integrate? Does it scale? Is it fast?

So what do these technology trends mean for the average warehouse or logistics facility? More importantly, how do we get beyond the question of “RFID gun vs. smartphone”?

As a first step, warehouse managers need to ask different questions. For example:

Does it integrate? Scanners and tracking devices are most worthwhile when they integrate seamlessly with your WMS and other systems (accounting systems, for example). When looking at a new technology, always see what is involved in that integration. For example, when looking at a WMS, ask whether it is compatible with iOS and Android devices. Does it handle updates from these devices automatically? Does it send reports to these devices in real time? Are the accounting and ordering systems updated as well, or is that another data transfer?

Does it scale? Solutions appropriate to small facilities will be less than optimal for larger facilities, or for organizations using multiple facilities. While some small scale native apps would for the former, more robust systems are needed for the latter. The best solutions are designed with scale in mind, able to ramp up with your organization.

What will get operations up and running fastest? New technology solutions should decrease time spent on non-revenue-generating activities, including installation, maintenance, and training. Of these, training is often a hidden cost sink.

The beauty of today’s mobile technology is that it is ubiquitous: Many people, including the average floor worker in a warehouse, are familiar with the technology. More familiarity mean less training needed, fewer errors, and faster pace of work.

Perhaps the most important consideration for any new technology is the nature of the transition. Technological change should occur as seamlessly as possible, whether switching hardware, updating software, or installing a totally new system from the ground up. Given the fast pace of logistics in today’s “get it in 2 days” world, technological disruption cannot literally disrupt actual operations. Which means that managers need solutions that are, in the words of our first post, an “evolution, not open-heart surgery.”

What Metrics are You Using to Measure Customer Service?

How Do I Choose the Right Barcode Scanner?